We know that there are many travel club programs available for you to choose from, and each is guided by a different approach and philosophy. We tried to design the program around our own vision which isn’t necessarily about winning at any cost, but rather playing to win by running an organization that would allow every Prospect the opportunity to get measurably better at the game while stay fit, and healthy. Our Prospects learn team work, and other essential life skills, along with making friends, having fun, and creating life long memories. Key questions to ask include:

The answers to these questions should be guiding your decision about whether a program can deliver the experience your child wants and needs.

To provide the best possible coaching and team management, our teams are professionally coached with a
player-to-coach ratio of 6:1. While we encourage parents to support their athletes at home and on the field, we don’t believe in parent coaching because of the conflicts inherent in that type of management. Experience has also shown us that the game is much more enjoyable for the athletes and their families when parents stay away from the dugout, refrain from informal coaching, and simply relax and enjoy. Our players are given weekly:

Our pride and joy, and one of our largest assets, are our highly competitive travel teams named the Prospects. We support our teams with all of our resources to ensure that they have whatever they need to become better, more experienced, and strong well-rounded players. We want every player to have a wonderful, memorable experience and to proudly and confidently represent our organization to the world. We once had over 25 teams; this lead us to find out the hard way that managing too many teams is not beneficial for our players, and their progression. Our vision with the all of our teams is simple; we want every kid to advance in their skills, become more proficient in their abilities, and to work hard no matter the outcome.

During both the fall and spring seasons, Beach City Prospects teams have a two-hour field practice, (with the exception of tournament weekends) along with a two-hour facility practice. Practice will be robust, and everyone will have the equal opportunity not only to learn and improve but also to step up, play hard, demonstrate commitment and sportsmanship, and show the coaches they deserve more play time, or a chance to play a different position. 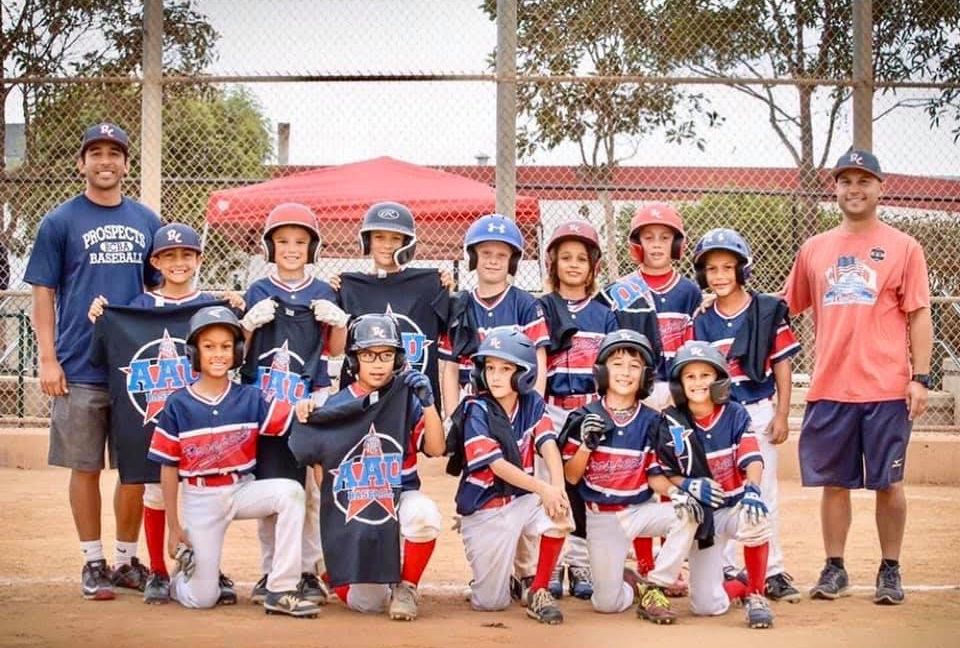 Each team will have a head coach and an assistant coach. All coaches have a minimum experience level of at least collegiate play. Head coaches will have responsibility for all communication with parents, including game times and other scheduling issues. Because winning is a priority for everyone on the team, each head coach, using his best judgment, may limit game time opportunities and field positions for some players. This may even result in no time on the field through an entire game for some players during particularly challenging championship tournament play. Likewise, in games that are less challenging a coach may ask players who have demonstrated exceptional skills to sit out to allow other players to get more playtime.We acknowledge that despite the system and values we have in place there is always a chance of potential conflict. We strongly urge our student athletes, no matter how young, to resolve the conflict themselves by asking their coach for time to speak and address their issue. If for some reason this process does not resolve the conflict we have manager who is well versed, trained, and empowered to deal with any player/parent issue and resolve it. Whatever the outcome, his resolution is binding and cannot be appealed to anyone else including Beach City’s general manager.

Any player who exhibits unsportsmanlike conduct, or fails to develop and maintain skills may be removed by a head coach without any right of appeal. Parents who approach the coaches DURING THE GAME to complain about play time or positions, or who interfere in any other way with the coaches or play, may be asked to leave by any head coach, and their son or daughter will be immediately and permanently removed from the team without any right of appeal.

Recreational teams are well suited for those who cannot reach the commitment of the travel teams, or for those that want to get their game up before joining a club team with a more rigorous tournament schedule.

At Beach City Baseball Academy, we believe that players grow from the healthy competition that comes when everyone on the field is giving the game their all and playing to win.

Our coaches work hard to bring out the best in every player, by not only teaching them to always stay the course; additionally, teaching them try their hardest and remain focused, and prepared to respond to the action on the field. Real champions are not the products of chance or luck, but of dedication and hard work.

We believe that baseball can make an exceptionally positive contribution to each player’s personal development because it is a true team sport. That’s why we teach our players that winning teams embody the classic values of team play: cooperation, respect, loyalty, commitment, and both a shared and an individual sense of responsibility.

Our players learn that their team’s success is dependent on each player acknowledging that they are just one part of something that is bigger and more important than they are. Our goal is to instill in our players the kind of spirit that leads them to ask, “What have I done for my team today?” And the person who asks that question is a winner in sports and in life.

Another way we help our players win is by helping them to understand that, to a person of good character with a winning attitude, both victory and adversity are powerful learning experiences. Our coaches lead by example, teaching players that no matter how hard the loss, or how lopsided the final score, the only true loss to take to heart is the loss of an opportunity to give your all to your team and the game. We hope that Prospects players leave our program knowing that when we each do our best and give the game our full effort, it’s not the strikeouts that define us–it’s how we deal with them that determines if we are winners.

For promotions and other information about our programs, please